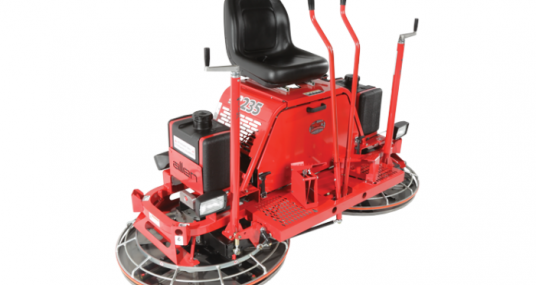 The new machines are an entry level riding trowel with the features found in our larger riders. The higher horsepower gasoline engine and heavy-duty drive train is packed in an easy-to-service frame. The Standard-Duty Gearboxes and four-bladed rotors are proven performers in the field. The MP series is now equipped with a Torque Converter Clutch which gives the operator full variable speed control of the rotors. The updated MP series is one of the latest additions to Allen's Riders family which is launched for 2011.

The new MP standard features include the following: